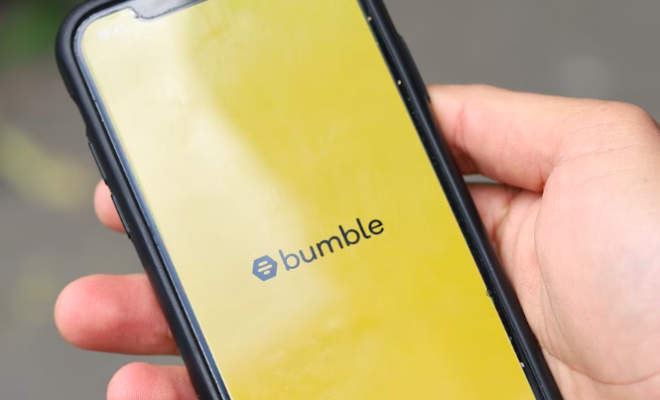 Witney Wolfe Herd suffered horrific humiliation from men, so she decided to take matters into her own hands and what followed no one could have dreamed of!

Witney Wolfe Herd, better known as the ‘Kill Bill of the tech world’, was a co-owner of Tinder, the popular dating network, where she suffered horrendous humiliation. Her subsequent business moves enabled her to become possibly the youngest billionaire in the world. Now the founder of the dating app Bumble, it is experiencing a dizzying success, even though many had doubted it.

Indeed, Witney had been the target of awful comments and had suffered terrible insults on her skin. Why? The answer lies in the very unpleasant situations she had experienced from men in the past.

Why did she decide to launch Bumble?

The app for meeting partners was founded in 2014, and in it, girls looking for boys have to make the first move. Witney had a vision that it would empower women to make their own choices and decisions that would make them happy. Although many were skeptical and predicted her failure, she succeeded in her vision! Bumble has become a brand and has experienced a growth that entails much more than just a dating app.

‘Honestly, my ambition stems from abusive relationships,’ said Witney, who had also experienced dysfunctional relationships in high school and college and then encountered a similar situation in Tinder.

But she managed to rise above it all and empower women in the process.

‘Bumble is the result of an incredibly dedicated team that worked really hard to show that women can, should and will make the first move. When relationships are better for women, they’re better for everyone,’ she wrote on Instagram.

And many have characterized her as a bitter woman dressed in yellow, seeking revenge after men tried to destroy her.

So what really happened?

Herd had a very nasty experience with men many years ago when she was also a co-founder of Tinder. She was then in a relationship with executive director Justin who, after the break-up in 2013, began to harass her.

As she experienced, to put it mildly a real phonation, she decided to give notice at Tinder and sued the executives for sexual harassment. She then pointed out that the directors had insulted her and called her a ‘liar and a whore’.

This is corroborated by the words of a former employee, who worked at Tinder at the time, who revealed that they had told her to ‘shut up’ and had made her bring breakfast. And that’s not all, another source says that Witney was even spat on at a company celebration.

‘For months it was hard for me not to feel like all these ugly feelings were branded on my forehead. I sank into a deep depression. I had insomnia and I drank too much in a feeble attempt to numb the pain and fear I was experiencing,’ she said once.

She was disheartened by the understanding that such a toxic dynamic is common in any social environment, and she decided to create an environment that caters specifically to the fairer sex.

‘I had never had such healthy relationships with men until I created it. I designed an ecosystem of healthy relationships with men in my life. That desire to make a difference helped me get back on my feet,’ said Herd, who did not want to settle for the million-dollar settlement she received after leaving Tinder, she felt she had to do something new and invest to make a difference in other women’s lives.

Today the value of Bumble is estimated at almost three billion dollars, and Witney became a billionaire at the age of 31.

With her example she has shown that each of us can rise from a difficult situation. She married a Texas oil magnate who inherited his father’s business, and in 2019 they became parents. That is why she gives amazing bonuses, paid leave and flexible working hours to new mothers in the Bumble team.

admin
← Previous Story Selena Gomez: Due To Her Ex, She Ended Up in a Mental Hospital and On Medicine: People Said She Would Never Recover, But HE Put a Smile Back on Her Face
Next Story → Olivia Dunne is Facing Only Problems Due to Her Beauty! Due to Her Attractive Appearance, THE MOST BEAUTIFUL Gymnast Must be FOLLOWED AROUND by POLICE