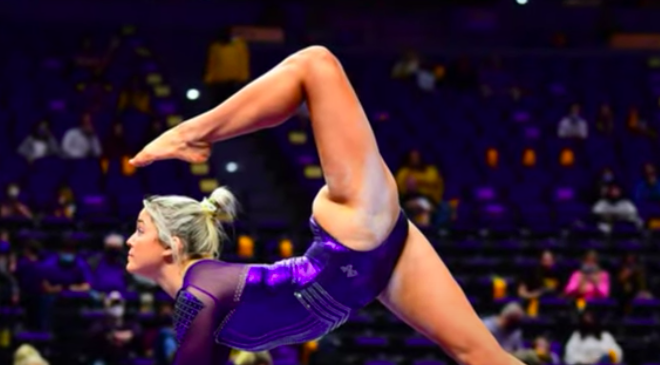 Olivia Dunne is Facing Only Problems Due to Her Beauty! Due to Her Attractive Appearance, THE MOST BEAUTIFUL Gymnast Must be FOLLOWED AROUND by POLICE

The most beautiful gymnast, Olivia Dunne (20) has become very popular due to her attractive appearance. However, her beauty has brought her only problems. The gymnast is very active on social media, where she has gathered a large number of followers.

However, the newfound fame and attention has led to her having to beg her fans to behave themselves after a few incidents broke out at last weeks competition. Trainer Jay Clarke said security will now travel with the team to competitions for the rest of the season, Daily Mail reported.

As the young gymnast has caused a stir with her looks, which has impacted the functioning of the whole team, strict measures had to be taken regarding her security.

Therefore, officials were forced to move the gymnastics team’s bus to avoid fans, while police were stationed in front to help the sportswoman save herself.

“I will always appreciate and love your support, but if you come to a competition, I’d like to ask you to respect other gymnasts and the gymnastic community as we are just doing our job,” she said.

Olivia has become a very famous, influential, and beloved gymnast, and she has been doing this sport since she was 3 years old. She currently earns around 2 million dollars, while a good part of the money comes from lucrative sponsorship contracts.

Her provocative looks on social media have caused a wave of reactions, and a debate has also arisen on the matter.

Her mother, Catherine Dunne, commented on the rumors that “the way Livi dresses” means she “deserves” to be treated disrespectfully by her fans, Daily Mail reported.