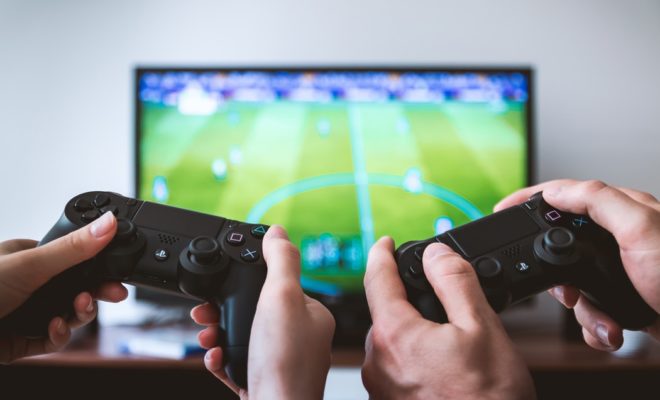 The Future Of PlayStation

Now that we’ve started the year properly, it’s time to look forward to all that 2017 has in store. There’s a list longer than your arm itemizing each game set for a 2017 release, and that can get a little tedious. To make it a little easier, we’re focusing on the biggest announcements to come out of Sony’s headquarters, sticking to hardware and games that are exclusive to PlayStation. Without further ado, keep reading to find out what we’re most excited over.

With the release of PSVR and PS4 Neo (or PS4 Pro, depending on who you ask), Sony doesn’t have anything lined up in terms of hardware. For those of you who need a little lift in terms of the looks department, don’t despair. The designers at dbrand know exactly how you feel, which is why they’ve created removable skins (or decals) for your PlayStation. With a skin PS4 consoles and controllers can take on a totally new look, so it’s as if you’ve been blessed with a new hardware update at a fraction of the cost. You can get PS4 skins from dbrand online, where their whole inventory of colors and textures are available.

Set for an early release in January, Gravity Rush 2 expands on the world developed in the original. Gravity shifters and friends, Kat and Raven, return as the main protagonists in this action-adventure game that lets you control gravity. This time you get to play around with the gravitational pull of new, unexplored maps.

Next on the list is the third-person action-adventure game, Horizon. Playing a hunter and archer, you explore a world controlled by robots. Its open world layout allows you to pursue side quests in between the main story.

The release of the previous installment nearly broke the Internet, so it’s a fair assumption to assume Shenmue 3 will be popular despite the trouble they’ve had finding funding. Unfortunately, we’re going to have to wait until the end of 2017 before we get a chance at playing it, but we already know the third game follows Ryo Hazuki on his search to find the man who killed his father.

The game is a bit of an enigma, despite the fact that two full trailers are circulating the web. That’s because these visually stunning 5-minute teasers don’t explain anything. Whatever it is that’s coming our way, it’s going to be weird. Visually stunning but weird. If the rumors are anything to go by, then we can expect the awaited Death Stranding in time for E3, but you shouldn’t be surprised if its release gets pushed further out. Whenever it it’s set to come out, we’re positive it’ll go quickly.

Not many of us are keen on waiting, so it’s a good thing we’ve got games like Gravity Rush 2 and Horizon: Zero Dawn slated for early releases this year. These, combined with all of the games set for a multi-platform release, will ensure none of us are bored in 2017. But just in case you get tired of your console, there are PlayStation 4 skins to keep you satisfied.