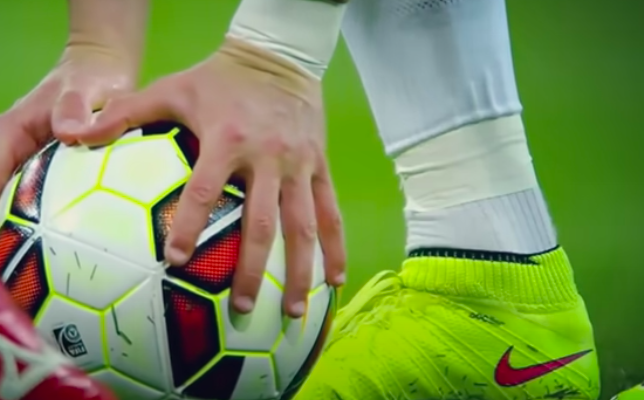 One of the most successful and celebrated footballers of all time. He has achieved numerous accolades in his career, including five Ballon d’Or awards and numerous league titles with clubs in England, Spain, and Italy. He has also represented his country, Portugal, in international competition, helping them to win their first major tournament, the European Championship, in 2016. His achievements have made him one of the most recognizable athletes in the world. In this article, we will explore the life and career of Cristiano Ronaldo, from his early days as a promising young talent all the way to his current status as one of the best footballers of all time.

Cristiano Ronaldo was born on February 5, 1985, in Funchal, Madeira, Portugal. His father, José Dinis Aveiro, was a municipal gardener, and his mother, Maria Dolores dos Santos Aveiro, was a cook. From a young age, Ronaldo displayed impressive footballing abilities, and he was signed by Sporting CP at the age of just 12. He went on to make his professional debut for the club in 2002, and he quickly became a key player for the team. His performances for Sporting resulted in him being signed by English club Manchester United in 2003, aged just 18.

At Manchester United, Ronaldo blossomed into one of the world’s best players. He won three Premier League titles and one Champions League crown during his time at the club, and he also won his first Ballon d’Or award in 2008. His performances for the club also saw him named the FIFA World Player of the Year in 2008.

In 2009, Ronaldo transferred to Spanish giants Real Madrid for a then-world record fee of £80 million. With the Madrid side, Ronaldo went on to become the club’s all-time leading goalscorer, with 450 goals in 438 appearances. He also won four Champions League titles and two La Liga titles during his time at the club. He also won two more Ballon d’Or awards, in 2013 and 2014.

In 2018, Ronaldo transferred to Italian side Juventus, where he has continued to add to his impressive trophy haul. He has won two Serie A titles and two Coppa Italias with the club, and he also helped them to reach the Champions League final in 2020.

At international level, Ronaldo has represented Portugal since 2003. He has made 164 appearances for the national team and scored 99 goals, making him the country’s all-time leading goalscorer. He has been instrumental in helping Portugal to win their first major trophy, the European Championship, in 2016.

Off the pitch, Ronaldo is a devoted family man. He has four children with his current girlfriend Georgina Rodriguez, and he also has an older son, Cristiano Jr., who he had with an unknown mother. Ronaldo also has a close bond with his mother and siblings, and he is known to be a generous philanthropist, donating to numerous charitable causes around the world.

In conclusion, Cristiano Ronaldo is one of the greatest footballers of all time. He has won numerous trophies and awards with both club and country, and his success has made him one of the most recognizable athletes in the world. His career is a testament to his hard work, dedication, and exceptional talent.

Professional Swedish footballer who has been one of the most successful players in the history of the sport. He has played for some of the biggest clubs in Europe, including Barcelona, Paris Saint-Germain, Manchester United and AC Milan, and has represented his country in the 2018 World Cup. Throughout his career, he has scored a remarkable amount of goals, racked up numerous awards and titles, and has become one of the most recognizable names in the sport.

Ibrahimović was born in Malmö, Sweden, and started his football career in the late 1990s with Malmö FF. He won two Swedish league titles with the club and was soon signed by Dutch club Ajax. He made a big impression in his first season, winning three Dutch trophies, and was subsequently signed by Juventus in 2004. He continued to shine in Italy, winning two Serie A titles with the club before moving to La Liga side Barcelona in 2009.

At Barcelona, Ibrahimović formed a formidable partnership with Lionel Messi and the team won La Liga and the Champions League in his first season. He then moved to Paris Saint-Germain in 2012, where he won four Ligue 1 titles and two Coupe de France titles. In 2016, he joined Manchester United and won the Europa League and League Cup in his first season. He then returned to Italy and won the Serie A title with AC Milan in 2018.

Ibrahimović has also represented his country, Sweden, at the international level. He made his debut for the senior side in 2001 and has since scored 62 goals in 116 appearances. He was part of the Swedish team that made it to the quarter-finals of the 2018 World Cup in Russia.

Off the pitch, Ibrahimović is married to former Swedish model Helena Seger and the couple has two sons, Maximilian and Vincent. He is also an ambassador for UNICEF and has a clothing line, A-Z, which supports the organization.

Ibrahimović’s career has been impressive. He has scored a total of 550 goals in 841 club appearances and won a remarkable 24 trophies with several different clubs. He has also been named the Swedish Footballer of the Year a record 11 times and is widely regarded as one of the best players of his generation.

admin
← Previous Story Gheorghe Hagi One Of The Best
Next Story → The Phenomenal Success of Michael Jordan: A Look at His Career, Family, and Net Worth