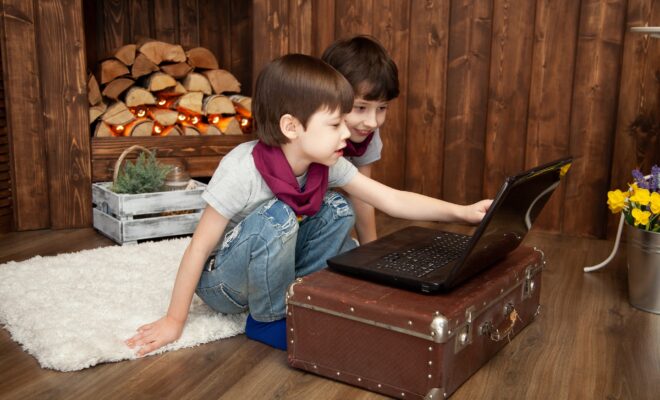 The Heartwarming Tale of Kevin and His Magical Adventure

Once upon a time there lived a young boy named Kevin. He lived in a small town near a vast forest with his family, who he loved dearly. He had a great imagination and often dreamed of magical adventures and daring escapades.

One evening Kevin was walking home from school and was suddenly overcome with a feeling of adventure. He decided to take a detour into the forest and explore. As he walked through the forest, he saw many wonderful sights. He saw a majestic waterfall cascading down a rocky cliff, a field of wildflowers filled with buzzing bees, and a tall tree with a bright yellow bird perched on its branches.

Suddenly, a gust of wind blew past Kevin, and he heard a whisper in his ear. It said, “Follow me if you dare.” He looked around, but saw no one. He decided to take the risk and followed the mysterious voice.

He soon found himself standing in a clearing, and standing in front of him was a beautiful fairy. She told Kevin that she was there to grant him three wishes. She said that whatever he wished for, she would make it happen.

Kevin thought long and hard about what to wish for. Finally, he decided to wish for the ability to fly, the courage to always speak his mind, and the strength to never give up.

The fairy smiled and waved her wand. A sparkly pink dust surrounded Kevin and he felt a tingle in his feet. He looked down and saw that he had wings! He was so excited and couldn’t wait to spread his wings and take off.

The fairy told Kevin that his wishes had been granted and that he could now fly around the world and explore the wonders of the world.

And so, Kevin set off on his magical adventure. He flew over mountains, oceans, and deserts. He visited far away lands and experienced so many incredible things. He made friends with all sorts of animals and even had the chance to help some of them.

Throughout his journey, Kevin learned so much about himself and the world around him. He returned home a changed person, with a newfound appreciation for life and the courage to always speak his mind.

Kevin’s magical adventure will forever remain in his heart and will always remind him that anything is possible if you dare to follow your dreams.

admin
← Previous Story The Magical Adventures of Sophia in the Disney Kingdom
Next Story → Teaching Kids to Swim: A Step-by-Step Guide