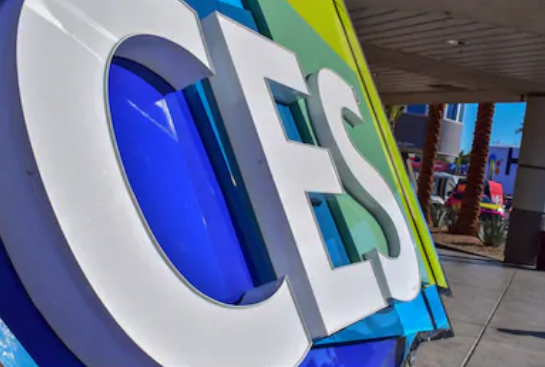 The annual Consumer Electronics Show never fails to impress. This year’s event just so happened to be its 50th anniversary. Held between January 5–8, it saw some 3,500 exhibitors and over 175,000 attendees converge under one roof in Las Vegas. All of the usual suspects were showing off their latest designs to an excited crowd of tech-hungry people, and the likes of Samsung, LG, Sony, and Panasonic didn’t disappoint.

Let’s be honest — when the convention covers innovations in tech, kitchens, home security, and the auto industry, the task of including all of the coolest products becomes difficult. We aren’t content to simply list the products that piqued our interest, so we’ve set out to create a streamlined list of the top products by choosing from the winners of the CES awards. Keep reading to see some of the top things that came out of Sin City this year.

With the DAPL pipeline, the shrinking ice caps, and various other environmentally charged subjects gracing the headlines recently, WLab’s Zera Food Recycler is about as relevant as it gets. They’ve managed to create a kitchen accessory that converts table scraps into nutrient-rich fertilizer for the urban gardener. The process takes about a week to complete, and it lets homeowners reduce waste while adding a sleek accessory to their kitchens.

Netflix bingers rejoice. LG’s got you. They revealed a 77-inch flat panel TV with Dolby Vision, Dolby Atmos sound compatibility, and the latest 4K OLED technologies. Meanwhile, LG has somehow fit all of this into a razor-thin package that measures only 2.6 millimeters. That means this visually stunning TV won’t take up too much space on your wall, leaving your sophisticated interior design intact. More importantly, all of your movies, games, and pictures will be displayed in impressive clarity.

The Chromebook has become the signature laptop for those casual surfers who don’t need their computers for anything more than simple Internet use. Samsung and Google have partnered up to create a Chromebook with surprising power. It comes with 4 gigs of RAM and 32 gigs of storage. Most notably, its touchscreen display can flip 360 degrees, letting users choose to bend and prop it up or lay it completely flat like a tablet.

As much as we like to think we’ve eliminated the barriers in the gender divide, they’re still there. You can tell by the types of products showcased at the CES. That’s why it’s nice to see how well Willow’s smart breast pump did at the convention. Breastfeeding is a divisive subject that can get heated quickly — which of course is the last thing sleep-deprived mothers need when attending to their newborns. Willow has created a conveniently portable and discrete pump that can get the job done while relaying information regarding nutrition to a synched smartphone.

It’s no surprise to see the likes of Samsung or LG on the list. The biggest absence from the awards was, of course, Apple. In the past, they’ve managed to dominate these conventions without physically being there with as a presenter. Their presence is usually felt through ground breaking accessories and add-ons utilizing Apple technology as opposed to revealing their own products. In that way, Apple’s a bit of a narcissist. Not to let the achievement of any other tech giant overshadow their own, they hold off on releasing upgrades and new releases until after these events.
In the near future, Apple fans can expect a new iPhone, Apple Watch, Macbook Pro and Air, as well as a few new generations of the iPad Air and mini. They just didn’t see a reveal at CES. When, exactly, these products will hit the market is up for debate. Despite what the rumor mill may suggest, nothing’s certain until Apple execs say so, so don’t hold out on a brand new Pro just in case these stories are wrong.

It might take longer than you expect to have that shiny new Pro in your hands. Nobody can wait forever, but there’s a way to help your current laptop last until the next update. If your Mac is looking a little rough around the edges, you can extend its life with MacBook wraps from dbrand. These MacBook decals cover up any existing scratches and prevent new damage from happening until the official date is released and you can make the jump.

In the meantime, there are award winning laptops (including Samsung’s Chromebook) that could easily replace your current Mac, if you’re willing to say goodbye to Apple. Take a look at the full list of winners on the CES website and see what you missed at this year’s event. The only thing you’ll be disappointed by is the fact that many of these products will be out of most average individual’s budgets. Oh well — we look forward to the future, when these innovations disseminate across brands and price ranges until they’re as ubiquitous as the touchscreens and bluetooth in our smartphones.

admin
← Previous Story Let’s Plays: Why Watching Is Better Than Playing
Next Story → Making The Most Of Your March Break