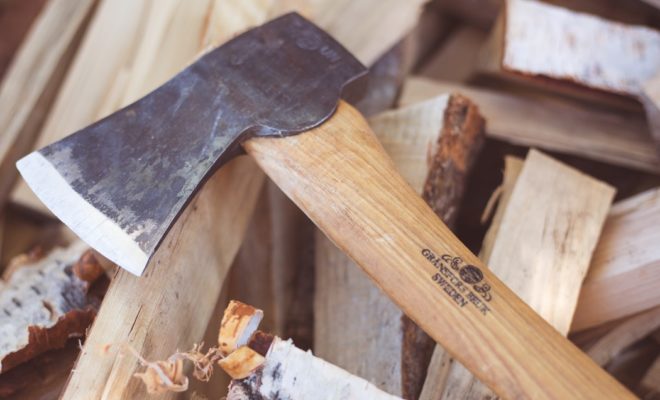 Break The Ice With Axe Throwing This Winter

The Christkindl market at city hall is all wrapped up, the NYE streamers have all been swept away, the Christmas trees are on the curb, and now you’re left with months of snowy, slushy, freezing winter to contend with. If you fall into a real blasé during the winter, you’re not alone, but K-W residents don’t have to keep themselves cooped up until spring. There are plenty of great things to do across the city and now you can add axe throwing to the list. Whether you want to go with your friends, coworkers, on your own, or with a date, there are plenty of ways to start swinging.

Team Building – When you’re planning an office party or a team building day, axe throwing can get colleagues talking and playing without the awkward tension that’s typical for dinner-and-drinks social events. Get everyone engaged in an activity that will distract them from the fact that their jobs may be one of the few things they have in common, and get them forming experiences and bonds that reach beyond the job.

Birthdays, Bachelors, and Bachelorettes – These are probably the three most popular reasons for booking a night at an axe throwing league like BATL Kitchener (AKA the Backyard Axe Throwing League), because they’re nights when everyone wants to get together and you need to find a place that can hold everyone. Housed in the Old Granite Club, a former curling club only a few blocks away from King Street and nearby both downtown and uptown, their venue is great for hosting large groups of people and you’re only a quick walk or Uber ride away from plenty of great restaurants and bars where you can keep the celebration rolling.

Date Night – Let’s say you don’t want to organize a big event with a bunch of people, but instead you’ve got a special someone in mind. Axe throwing is a great way to break ice and get to know someone and it makes a great idea for an adventurous Tinder date with someone who likes to live outside the box. You don’t have to worry about not having at least six people in your group either, as some venues, including BATL’s axe throwing league in Kitchener, now include walk in dates and times.

Flying Solo – Last but not least, you always have the option of joining the league at BATL and going axe throwing in K-W every week, facing other players on the pitch as you score points toward a playoff season and ultimately a championship. A regular season lasts seven weeks, plus playoffs, and you play four matches every night, once a week; matches are formatted the same way they are when you come to play against your friends, head-to-head with each player taking 5 throws. While most venues supply the hatchets, when you come for a one-night-only event, joining the league means you get to bring your own – either buy one on site or bring one from home, as long as it meets the league’s regulations. Be warned, according to the experts, you’re likely to break a couple along the way, so hold off on customizing your weapon of choice until you’ve got a more seasoned hand.

Whatever way you want to go axe throwing﻿ in Kitchener, there’s a format that will suit you. Get off the couch this winter and go out to meet people, go on a unique date, or have a blast with all of your friends.

admin
Next Story → Spring Out Of Hibernation With Axe Throwing