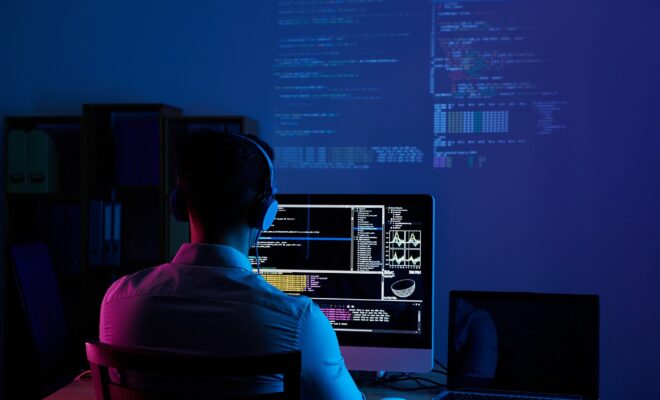 Technology and its Impact on Society

Technology has become an integral part of our lives, and its impact on society is undeniable. From communication to transportation, from healthcare to education, technology has revolutionized the way we live. It has made life easier, more efficient, and more convenient. However, it has also had some negative effects on our society, such as increased stress and anxiety, decreased physical activity, and a decrease in face-to-face interaction. In this article, we will explore the positive and negative effects that technology has had on society.

Technology has had a profound effect on our lives, and its impact can be seen in almost every aspect of our lives. One of the most obvious effects of technology is the way it has revolutionized communication. With the invention of the internet, social media, and mobile phones, it has become easier than ever to stay in touch with family and friends, no matter where they are. This has allowed us to build stronger relationships and stay connected with our loved ones, even if they are on the other side of the world.

Another positive effect of technology is the way it has changed transportation. With the invention of cars, planes, and trains, it has become much easier to travel long distances quickly and efficiently. This has allowed people to explore new places, visit family and friends, and even commute to work. It has also made it easier for businesses to transport goods and services, which has had a positive impact on the global economy.

Technology has also had a profound effect on the healthcare industry. With the invention of medical imaging, such as MRI and CT scans, doctors can now diagnose and treat illnesses more accurately and quickly. This has helped to save lives and improve the quality of life for many people. Additionally, with the invention of telemedicine, patients can now receive medical care from the comfort of their own homes.

Technology has also had a positive effect on education. With the invention of the internet, students now have access to a wealth of information and resources. This has allowed them to explore new topics and learn more quickly and efficiently. Additionally, with the invention of online learning platforms, students can now learn from anywhere in the world.

While technology has had many positive effects on our society, it has also had some negative effects. One of the most significant negative effects is the increase in stress and anxiety. With the constant bombardment of emails, texts, and notifications, it can be difficult to take a break and relax. Additionally, with the rise of social media, it can be difficult to escape the pressures of comparison and perfectionism.

Another negative effect of technology is the decrease in physical activity. With the invention of cars, planes, and trains, it has become much easier to get from place to place without having to walk or ride a bike. This has led to an increase in sedentary lifestyles, which can have a negative impact on physical and mental health.

Finally, technology has had a negative effect on face-to-face interaction. With the invention of the internet and social media, it has become easier than ever to communicate with people without actually seeing them. This can lead to a decrease in meaningful interactions, which can have a negative impact on relationships and social skills.

In conclusion, technology has had a profound effect on our society, both positive and negative. While it has revolutionized communication, transportation, healthcare, and education, it has also had some negative effects, such as increased stress and anxiety, decreased physical activity, and a decrease in face-to-face interaction. It is important to be aware of the effects of technology and to use it responsibly.

admin
← Previous Story How to Implement a Successful SEO Strategy
Next Story → SEO in 2023: How Search Engine Optimization Will Look