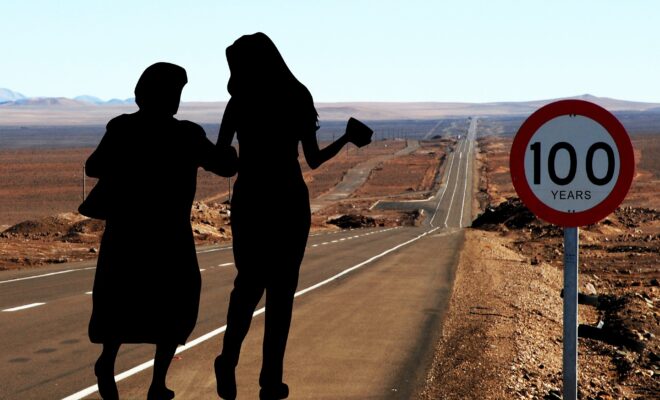 The Late Sister Andre, The Oldest Known Woman in The World, Has Died at The Age of 118

French Sister Andre, who was recognized as the oldest known woman in the world since April 2022, died in her sleep in a nursing home in Toulon on the south of France, the home’s spokesperson said tonight.

No official body declares who is the oldest person in the world, but experts agree that Sister Andre was previously the oldest living person whose birth certificate has been verified.

Guinness World Records also acknowledged her holding the record on April 25, following the death of Japanese Kane Tanaka at the age of 119.

For years, she had not hidden her fatigue and wish to “get out of this thing”. But, as she said in an interview with France-Presse in 2022, “good God isn’t listening to me”.

Moving in a wheelchair, the blind Sister Andre, born Lucile Randon on February 11, 1904 in Ales on the south of France, lamented the loss of some of her physical abilities.

“They say work kills, but it was work that kept me alive, I worked until I was 108,” she said in April 2022 when she was declared the oldest woman in the world, having previously been the oldest French woman, and then European.

admin
← Previous Story In December, The US Economy Experienced Robust Growth in Jobs
Next Story → Italian State Strikes Against Cosa Nostra: Is the Arrest of Mateo Mesina Denaro the End of Mafia in Sicily?!