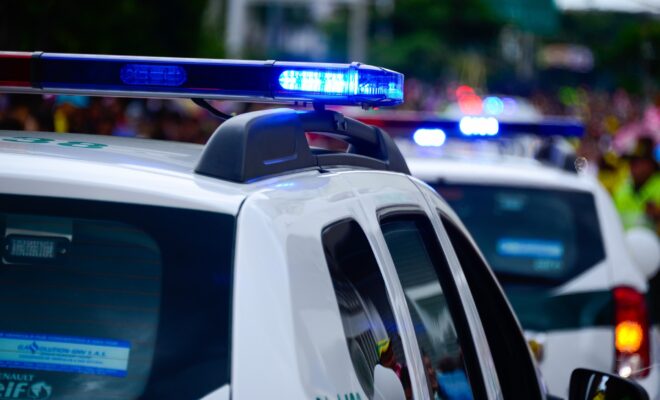 Nine police vans were unable to apprehend the car that dragged a woman 13 kilometers.

On January 1, a 20-year-old Delhi woman was dragged by a car for over an hour in a horrific death. Sources have indicated that the occupants of the car were aware of her being caught in the axle, yet they kept driving, resulting in her death in a most gruesome manner. Additionally, it has been reported that nine Police Control Room (PCR) vans attempted to chase the car, but were unsuccessful.

At around 2 am, Anjali Singh, who was returning home from a New Year’s party on her scooter with a friend, was hit by a car. Her leg became caught in the wheel, and the car dragged her for 13 km as it took multiple turns in an attempt to detach her body.

Nidhi, who was with Anjali on the scooter and fled without informing anyone, has informed the police that Anjali was screaming in pain, yet the car driver “deliberately” ran her over without stopping.

Deepak Dahiya, a witness, made more than 20 calls to the police after noticing a car with a body stuck under it. Sources also report that there were five PCR vans on the route and six calls were made to the police emergency number.

Nine police vans were sent out to search for the car, but none of them were successful.

At 2.18 am, police received an initial call about an accident, followed by a second call two minutes later, according to sources.

At 3.24 am, the witness reported that he had observed a car driving with a body underneath it, making two calls in the process.
At around 4.26 and 4.27 am, the police received calls from a man who reported that a woman’s body was lying on the road. However, despite the presence of nine police vans on the scene, neither the vehicle nor the body could be located due to the “poor visibility” caused by the fog.

The five occupants of the car were reportedly aware that a woman had been struck and was stuck in the engine, yet they continued to drive forward and reverse, with the alleged intention of crushing or shaking her off, according to sources.

The accused men, after driving for approximately two and a half kilometers, noticed the woman’s arm beneath the wheels but continued without stopping.

When they looked out of the window, they realized something was stuck underneath; they saw a woman’s hand sticking out. However, upon spotting a police car, they sped up, dragging the woman with the car, according to sources.

In an attempt to dislodge the body, sources said the car had taken “more than four u-turns”, before Anjali Singh’s was found with her clothes ripped off and skin peeled away.

The autopsy report showed that she had a minimum of 40 external wounds, so severe that her ribs were visible from her back, her skull base was fractured, and some of her “brain matter” was gone.

The cause of her death is listed as “shock and haemorrhage” due to injuries to the head, spine and lower limbs, which may have collectively caused her death.