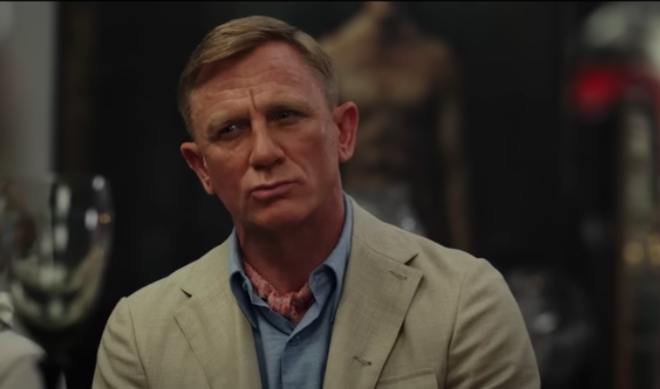 Daniel Craig As a Gay Detective Solving a Mysterious Murder: “Knife in the Back 2” Available on Netflix

The film “Knives Out”, inspired by Agatha Christie’s work, unexpectedly became a big box-office hit in 2019. So it’s no surprise that the news of a sequel to this work has caused great excitement among viewers.

The sequel focuses on tech billionaire Miles Brona who invites his friends to his private island in Greece, where one of them soon dies under mysterious circumstances. Detective Benoit Blanc, played by Daniel Craig, encounters new, interesting characters as well as a new mystery that needs to be solved.

Incidentally, this movie was also partly filmed in Serbia and, in addition to Daniel Craig, the roles are played by Edward Norton, Dave Bautista, Kate Hudson and many others. The direction is again signed by Rian Johnson.

Johnson has recently revealed that the main character, Detective Benoit Blanc, played by Craig – is gay.

Journalists from the “Insider” portal asked Johnson about Blanc’s sexuality, referring to a scene from the movie that suggests that the eccentric detective lives with a man.

In the second part of the movie there was also one change. The title has been changed to “Glass Onion: A Knives Out Mystery” because the creators did not want to give the impression that it is exclusively a sequel, but rather to emphasize that it is a new story from a potential franchise.

admin
← Previous Story Final Blow: Brad Pitt is Forever Done With Angelina
Next Story → REVEALED WHY PIKEO’S MOTHER BULLIED SHAKIRA IN PUBLIC: The reason is BIZARRE and now EVERYONE is on the singer’s side.