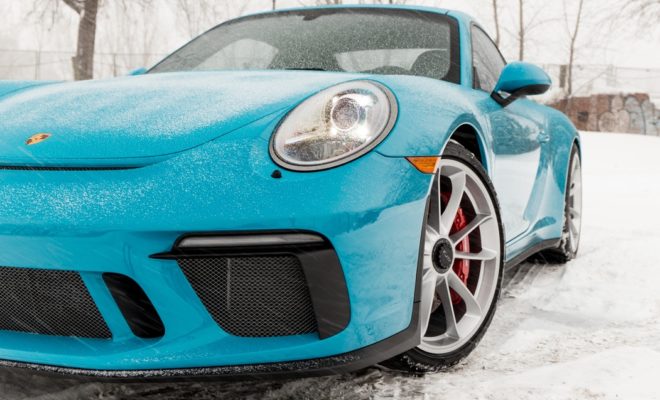 Stop Your Vehicle From Burning Through So Much Fuel In Winter

Crude oil still accounts for a large percentage of the energy we waste on earth. One of the biggest reasons why we use so much is because there are countless cars on the road. Luckily, in a few years they might be replaced by electric models.

It’s not going to happen in the near future, so we’ll need to start using less fuel. This is especially true in winter when consumption usually shoots up. Let’s discuss a few ways you can reduce the amount of fuel your vehicle wastes in winter.

Avoid Driving Over The Speed Limit

If you want to cut your fuel costs the first thing you can do is stick to the speed limit. People are under the impression you save money by going faster. In reality, you’ll spend more per gallon the faster you drive.

It’s not just saving energy you should be worried about in winter. If you avoid going over the speed limit you’ll save lives too. The weather will be unpredictable and you don’t want to end up hurting anyone.

Stay Away From All The Modern Luxuries

If you need to switch the heater on to warm your car up it’s okay. You shouldn’t need to drive with multiple layers of clothes on. Just make sure you switch it off once the car feels comfortable.

There is a line in the sand you shouldn’t cross. For example, if you have a seat warmer you don’t need to turn it on. Try to park in the sunlight when you reach a destination and your car won’t get so cold.

You Should Park Your Car In A Garage

The US Department of Energy says a car will lose roughly 12 percent of its fuel efficiency when it’s cold outside. If you want to do everything in your power to save energy parking outside makes absolutely no sense.

It will use lots of energy warming itself up once you start driving. Parts in your car like the battery will be severely affected too. The tire pressure is another problem you’ll deal with if you don’t use a garage.

It’s easy to get lost when you’re driving around in uncharted territory. When the snow is blasting against your windshield it’s even worse. The chances of you getting lost will increase tenfold.

You’ll have to spend more time wasting fuel while you find your destination. Save yourself the trouble by downloading a quality smartphone navigation app. You will be able to reach any address without getting lost.

In summer, walking short distances isn’t a big deal. If you need to pop to the shops it might take you 20 minutes. Nobody wants to be exposed to cold winds that long in winter, so they jump in their car instead.

Unless it’s an absolute necessity you shouldn’t drive short distances. Basic things like the fluids in your car won’t have a chance to heat up. Turning the engine on for a while to warm everything up will actually hurt you.

You’ll Have More To Spend Having Fun

There will be lots of celebrations during winter, so you don’t want to spend all your money on fuel. Throw it away on having tons of fun instead. At least you’ll be saving energy even if your money disappears.