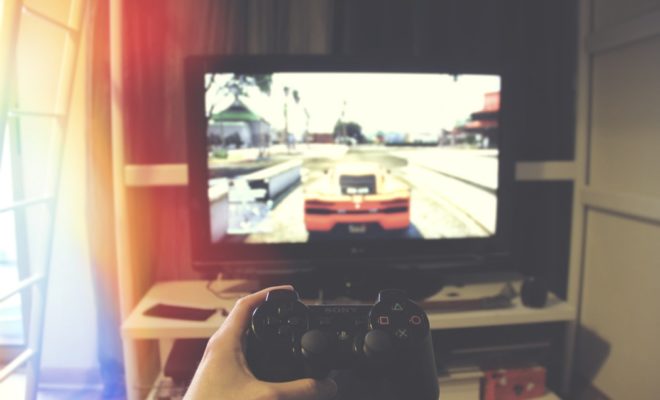 Let’s Plays: Why Watching Is Better Than Playing

If you think watching someone else play your favorite video game is a waste of valuable time you could be spending playing it for yourself, you’d be wrong. It’s not just for little kids conned into the passenger seat after their big brother gets first dibs on the controller. For a growing number of people around the world, it’s a preferable way to experience the latest PlayStation and Xbox releases.

It’s evolved into a multi-million dollar industry called Let’s Plays headed by video platform giants like YouTube and Twitch (which is now a subsidiary of Amazon.com). The name Let’s Plays — as in let’s playThe Last Guardian or let’s play Resident Evil 7— highlights the community-driven backbone of this phenomenon. It allows people from all corners of the Earth with varying skill levels and access to gamer culture to come together and experience these games in a safe and inclusive space.

Anyone who’s gone through an entire single-player game knows how inherently lonely it can be. Let’s Playsvideos break down those barriers. It isn’t just a silent play through of the biggest titles of the year. These short videos (edited to around the 10 minute mark) are overlain with conversation, ranging from expletive-ridden reactions to big bosses and juvenile dick jokes to real discussions between players and PSAs about the world at large.

This ode to the lonely gamer aside, Let’s Plays offer an opportunity to experience the newest games for those who can’t play, allowing the underaged and people without systems or requisite skillsaccess to this inner gamer culture. These videos can inform your decision to buy one title over another, saving gamers some money as they avoid the worst releases. It also provides a chance to dip your toe into gaming without exposing yourself to the Dude beard Mc Fedoras that perpetuate the toxic environment surrounding so much of gaming culture.

We’d be remiss to talk about Let’s Plays and not mention PewDiePie, the YouTube handle of Swedish gamer, Felix Kjellberg. With over 52 million subscribers to his channel, PewDiePie’s videos regularly draw in anywhere between 2 and 10 million viewers. And since his channel is outfitted with YouTube ads, these views have immediate pay-off. It’s estimated the young Swede earns anywhere between $140,000 and $1.4 million each month.

That kind of revenue is enough to convince anyone to stop watching and start playing on their own channel, but for anyone who’s watched these videos, you know it’s not so simple. While there are some channels watched because of how bad the player is (we’re looking at you Cody Hargreaves), the vast majority of these YouTubers and Twitchers are highly competent players.

For the most part, barring those experimental playthroughs of new games suggested by viewers, celebrities like PewDiePie and MarkiPlier are relatively familiar with the games they’re playing in order to provide interesting commentaries or—in the case of Vanoss and his GTA crew —to explore the world with new prioritiesthat are less about completing tasks and more about killing your friend in increasingly bizarre ways.

A certain kind of personality is needed in order to be entertaining. These gamers aren’t just playing silently so you can find out the best and most efficient ways to complete your game of choice. You’ve let them into your living room or bedroom as a friend, who’s cracking jokes and making you laugh over their onscreen antics.

Last but not least, these gamers, especially those making mad bank like PewDiePie, are outfitted with some of the top gaming, recording, and video and sound editing equipment available on the market. Take a look at EquipBoard, a website outlining all of the software and hardware used by your favorite players.

They range from relatively small additions to the typical PlayStation or Xbox console like KBC Vortex Poker keyboards, PS4 wraps, Photoshop, and the Razer Deathadder mouse to larger gear like Rode microphones, Steinberg audio interfaces, and Corsair wireless headsets. You can mimic your favorite Swede when you get your PlayStation 4 wrap online, outfitted in blue and yellow, and tack on a few pillows sporting the Swedish flag, as you can see in his Hard vs. Easy Trials Contest video. But the remaining audio visual gear is better left to the people whose monthly earnings are in the millions.

Whether or not you have hopes and dreams to becoming a YouTube gamer yourself, there’s something to be said about being a viewer of these playthroughs. The Let’s Plays platform connects gamers from all over the world, wherever they may be as they watch these videos. Alone or in a group, they’re tapping into the culture behind the games. And they’re a pretty damn amusing way to spend your time. Though it resonates with each person differently, there’s a point to being a viewer rather than player.